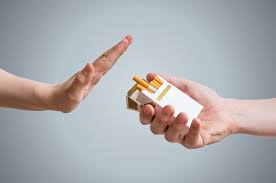 It doesn’t sound very appealing, does it?

No wonder we dread giving up our “bad” habits – we frame the quitting process as something worse than the habit itself!

Do you know anyone who has quit smoking?  How many times did they quit, only to “fall off the wagon?” Now, do you know anyone who really, truly is a former smoker and is never going back?  I do – someone close to me – who shared his secret.  Read on and I’ll share it with you .

But before that, how about we review the five steps that will virtually guarantee your success in changing a bad habit.

This may be the hardest step. You want to “lose some weight?” It’s not going to happen.  You’ll lose a few pounds, and gain them right back.  You want to get your weight to a healthy 140 (or whatever) pounds, and maintain it, so you’ll look like the people you hang out with and feel healthy? Now we’re talking. That’s a quantified and well-framed goal.

Starting with the “what” – come up with something positive. Quitting something is just plain hard. Even drug addiction programs focus on “being drug free” for health and legal reasons, rather than “quitting drugs.”

So frame the “what” as something positive, something that you can say with pride and conviction.

The “why” is equally important, and you can see that we’ve incorporated “why” into each of the above examples.

Your sub-conscious is very powerful and it will work for you or against you, largely depending on how you frame your “what” and “why.”

You’re making progress – you’ve taken the first step.  Now determine your time frame – when you will begin, how long the process will take (such as a weight management program), and how you will go about it.

This step will vary depending on the behavior.  A friend stopped drinking on April 1.  Well, actually, she became a non-drinker on April 1 because doing so would greatly improve her health and relationships.  So that process took, well, a second.  At midnight on April 1, she flicked the switch and became a non-drinker.

Some changes are better made immediately; some gradually (smoking, in some cases); and some don’t have an option, such as weight management.  You decide.  In any case, at some point you have to push that button that causes you to identify with the new behavior rather than the old. Set yourself up so that “pushing the button” is a positive and not a negative.

“How” likewise varies. You may utilize smoking cessation programs to become a non-smoker.  You may utilize a diet and exercise program to begin a weight management journey. Et cetera. Determine when you will begin identifying with the new behavior, and “how” becomes much easier to answer.

Remember my friend above who stopped drinking, just like that?

If she had really, truly stopped drinking, she would have died less than a week later due to dehydration.

I’m pleased to report that didn’t happen!  She’s alive and well, and she drinks a lot – just not alcohol!

She was smart enough to realize that – she wasn’t actually going to become a non-drinker.  She was going to become alcohol free. There’s a big difference.  She liked going to the bar with her work friends for a cocktail.  She liked the glass of wine at home. She liked the taste, and she liked the rituals.  So she kept all of them. She goes to the bar with her friends, and makes a joke out of ordering “a double ginger ale with a lime.” For her nightly cocktail after work, she drinks juice at home out of her wine glass. She still drinks, and still enjoys the process and the taste.  And she’s still alcohol free.  Her empowering alternative is to maintain her drinking rituals, without alcohol.

If you’re going to become a non-smoker, you have to decide the alternative.  Some people vape.  Some chew gum.  Some eat too much – not recommended. But give yourself the alternative, whatever it is, so your brain can learn to be happy with its new habit.

It works with any habit you break – you’re not breaking a habit, you’re changing to a new one that you feel good about.

Note that I said “relapse plan,” not “plan to relapse.”  It’s perfectly fine if you change your habit without ever relapsing. Unfortunately, it may be normal if you do relapse along the way.  I’m not suggesting that you plan to relapse and then give up on your goal.  I’m suggesting you plan ahead so that a relapse is not a failure, just a momentary lapse.

You’ll need real support with this one.  You’ll need someone to tell, someone who will not legitimize your relapse but also not condemn you.  You’ll need a plan to shift back from the old behavior that you relapsed into, and back to the new one again.  And you’ll need the courage to utilize the plan! And the support to kick your butt and help you do it.

Set yourself up so that the relapse is not a failure it you shift back to the new, desired behavior quickly and convincingly.

So, you need to fool your brain.  Yes, it can be done.

Here are a few extreme examples.

Some important points about rewards – make them generous, make them about something other than the behavior you’ve changed (although they can include the empowering alternative), and share them with others so they can support you.  You can also build them around your relapse plan, so that in the event you do relapse, you get the reward after a certain time back on the new behavior.

The whole point of the reward is to make the behavior change something you are actually looking forward to. In fact, that’s the whole point of this article! Don’t quit a bad behavior; make a positive change to a new behavior because you want the results it will give you.

So about the smoker I told you about who quit countless times, only to relapse each time and give up his goal.  Now he is never going back to smoking.  What’s his secret?  He did follow these five steps.  However, his secret is simple.  Every time he “quit,” he found quitting was too hard and he ended up smoking again. One day, he had an epiphany.  He looked at Step 1 above (What and Why?). His answers had been that he wanted to quit smoking, because he was tired of being sick, being broke, and smelling bad.  So he’d quit for a few weeks, feel better, have money in his wallet, and not smell.

Then temptation hit him. Smoking was no longer causing these issues.  He wasn’t sick, he wasn’t broke, and he didn’t smell – so what harm could one pack of cigarettes do?  And the cycle started all over again.

His epiphany came when he realized that his answers to “What and Why” weren’t compelling enough to change his behavior.  He was trying to convince himself to give up a habit he’d had for years, for reasons that were (or at least felt) weaker than the urge to smoke.  Quitting something you like is hard!

It was a simple yet powerful shift. He followed steps 2-5, became a non-smoker without a hint of a relapse, and helped me write this article a year later. And, well, you can guess how the ladies feel about it.

It will work for you, too!

Kerry O’Hallaron is an author, speaker, trainer, and successful business executive. His latest book is People Skills 101-tm: How to Have More Friends, Fewer Conflicts and Better Relationships.  In its recent launch, it catapulted to #1 in the Self Development category.  It’s been called a life-changing twist on Dale Carnegie’s timeless classic. You can buy it today in Kindle and paperback versions on Amazon. 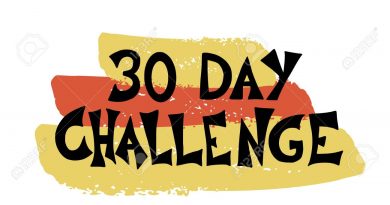 30 Day challenges for a Better Self 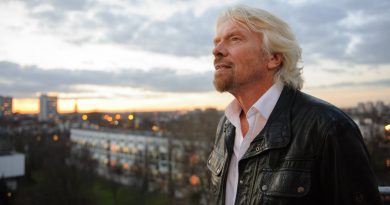 5 Self Made Millionaires Stories You Can’t Ignore 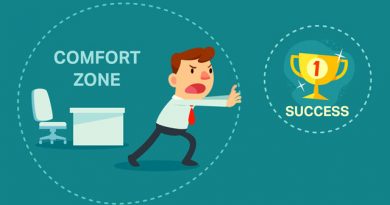 Step Outside of your Comfort Zone